Transparency is a wonderful thing when allowed to occur. It is very rare indeed when the public is allowed to gain a glimpse within what has become the shadowy and otherwise murky world of United States estate law through the manipulations of a few unethical wills/trusts lawyers, investment advisors, wealth management companies, estate planning firms, private wealth services lawyers ad nausea. This behavior not only shifts estate assets from a client family to dubious lawyers and their associates but contributes to the destabilization and degradation of the United States family core.  Is there an attempt to isolate and control family elderly loved ones by the above mentioned?  Are your elderly family members presently being looted without your knowledge? 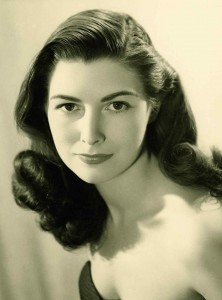 We are devastated to say our beloved founder Eunice Gardiner fell victim to  UBS well documented elderly client predatory practices she loathed.  A deeply concerned Eunice had friends whose estates were severely or totally diminished by UBS.  In her memory we are resolved to find answers as to how Gunster Yoakley & Stewart and UBS allegedly purged Eunice’s original true and correct will.  We are attempting to right the continuing wrongs being committed by UBS and Gunster towards the Gardiner Island Family estate.  How were UBS/Gunster able to create dubious legal documents in their favor?  How was Palm Beach Bethesda Episcopal Church, Palm Beach Medical Group Inc and other local ethical stalwart entities allegedly removed from Eunice Gardiner’s true and correct will?  From information and belief, this was allegedly done to keep nearby ethical beneficiaries from peering upon the contrived Gardiner Island Family estate irregularities benefiting UBS, Gunster  and their various controversial  associates.  Eunice’s most ardent wish was to be buried in the Bethesda Church Column-barium, in perpetuity.  Eunice continually mentioned this as the desired culmination of her life.     This would have necessitated the Church service causing unwanted notoriety to the perpetrators’ now opaque manipulations.   Despite promises to the contrary,  a ghoulish ending was only allowed.  The perpetrators caused confusion by mixing Eunice up with at least one other Palm Beach area Eunice Gardiner’s April 21, 2011 death.  UBS/Gunster even used the same funeral home.    Somehow, Eunice Gardiner’s  name  was also changed her last few months to Eunice Joyce Gardiner on legal documents,  notifications and a small grave plaque.   Few Palm Beachers knew our beloved Eunice Gardiner had even died.   A UBS salesman solely controlled her body from his and his wife’s death bed vigilance to corpse shipment. There were no services, receptions or proper clarified notifications  in Eunice Gardiner’s properly used name.  There was no dignity given Eunice by the perpetrators.  Some Palm Beachers were told she moved to California.  Eunice’s corpse was secretly shipped off three days after death by the UBS salesman.  Eunice disliked Easthampton where, among other things, she contracted Lyme Disease vowing never to return in life or death. The UBS salesman now lives in Eunice’s furnished Palm Beach county home and may even sleep in her death bed.   A reliable Gunster source has intimated  things were allegedly created to make it look like she wanted this ghoulish ending.

In Eunice’s memory we are resolved to find some but not necessarily all of the answers.   How does UBS continue to circumvent USA Federal Justice and Treasury Department elderly client mandatory compliance documents. How have a UBS salesman and a controversial Gunster  lawyer legally become Eunice’s Florida trustees six days before Eunice’s death? How is Eunice’s partial estate in the hands of “UBS Trust Company, N.A., The Eunice Joyce Gardiner Terminating Trust” created by Gunster one month before her death?  How is a UBS salesman living in Eunice Gardiner’s home?  Eunice was allegedly forced to create a new will in favor of UBS, Gunster and their employees six days before her death. Eunice called an elderly UBS victim friend a few  days before her death pleading for help from being isolated and controlled by UBS and Gunster employees.  Eunice finally died July 26, 2011  with painful stage four ovarian cancer.  How did Gunster create a legal document making  a UBS salesman’s wife a beneficiary of Eunice Gardiner’s home and its belongings?   Are a UBS salesman and his wife now morbidly sleeping in Eunice Gardiner’s death bed?

Sunshine is the best disinfectant.  Truth is the best defense when allowed to be heard.   We are accumulating the truthful answers.   Everyone made aware may be one less future victim. Please spread the word.

All script and film rights are reserved.